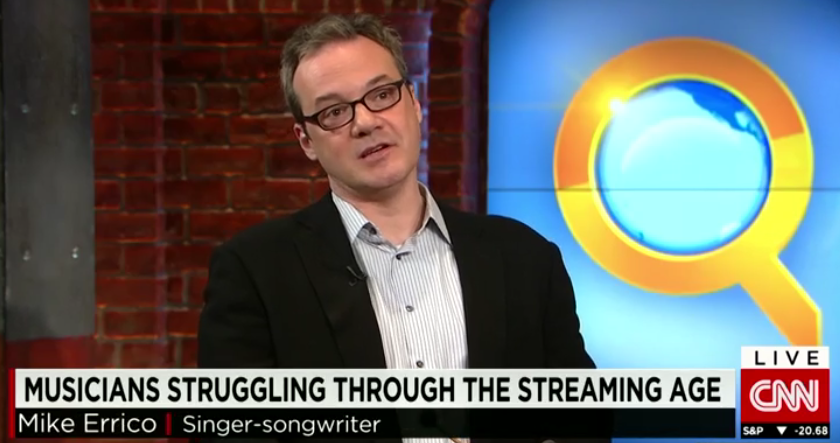 I went on CNN to talk about my piece in the New York Times, “Touring Can’t Save Artists in the Age of Spotify.” I’m wearing the suit I got married in. Here’s a segment on CNN’s site.

Here’s a piece of the Times article:

“Touring is, of course, the most ancient business model available to artists — and in many ways, it remains a vital part of their livelihood, even while the surrounding industry undergoes major upheaval to accommodate the new paradigm of streaming music. In response to the shift in revenue sources, standard recording contracts now intrude into the numerous nonrecording aspects of an artist’s career. But the advice given to the creative generators of this multibillion dollar industry is still one that would be recognizable to a medieval troubadour: Go on tour.

And yet from a business standpoint, it’s hard to find a model more unsustainable than one that relies on a single human body. This is why we have vice presidents, relief pitchers and sixth men. When applied to music’s seemingly limitless streaming future, the only scarce resource left is the artists themselves. You would think the industry would protect such an important piece of its business model, but in fact, the opposite is true.”

Read on at the New York Times.