Mike Errico on the BBC 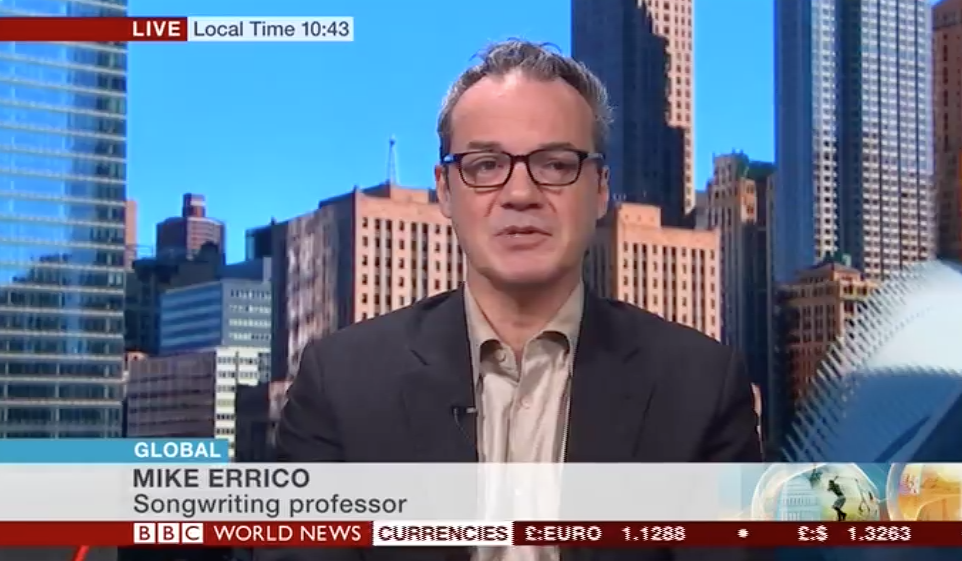 Good times w/ The BBC (@bbcnews) discussing why we don’t have long song intros like “Hotel California” anymore, but we do have 8-hour-long compositions you’re meant to sleep through. Confusing times, these. I’m trying to make sense of it myself. 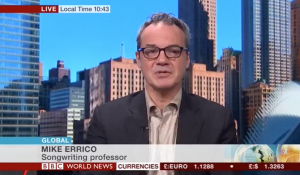 “No one does rumpled like you, Errico…” — a friend. I don’t think I look rumpled. Do I? The ‘no tie’ was a choice, and a recommendation, and I think it was a good call. No? 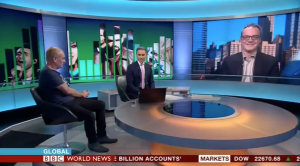 I sat in a room in NY while this was going on in the UK. I’d never done that before. Very disembodied. Very Max Headroom. 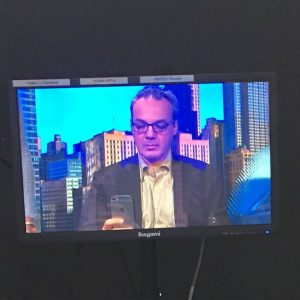 Since I was alone, had to take a selfie in the monitor. Probably could have looked at the monitor, too. Now it looks like I’m checking my Instagram. All rumpled. (See above.)

Anyway, it was cool. Thanks to the BBC for calling me. (They really did call me. I know. I was surprised, too.) I hope I shed some light on what is basically a totally open-ended future.

For those unaware of my teaching side, here’s the spiel from NYU:

New York-based musician, writer, and lecturing professor, Mike Errico has built his name on the strength of critically acclaimed releases and extensive composition for film and TV. He has taught songwriting at Yale and Wesleyan universities, and speaks about the art and business of songwriting at colleges, high schools, and conferences across the country.

In addition to his performing career, Errico’s opinions and insights have appeared in publications including The New York Times, CNN, BBC, The Wall Street Journal, Fast Company, The UK Independent, and The Observer.