Karina Smirnoff from “Dancing with the Stars”: My Music 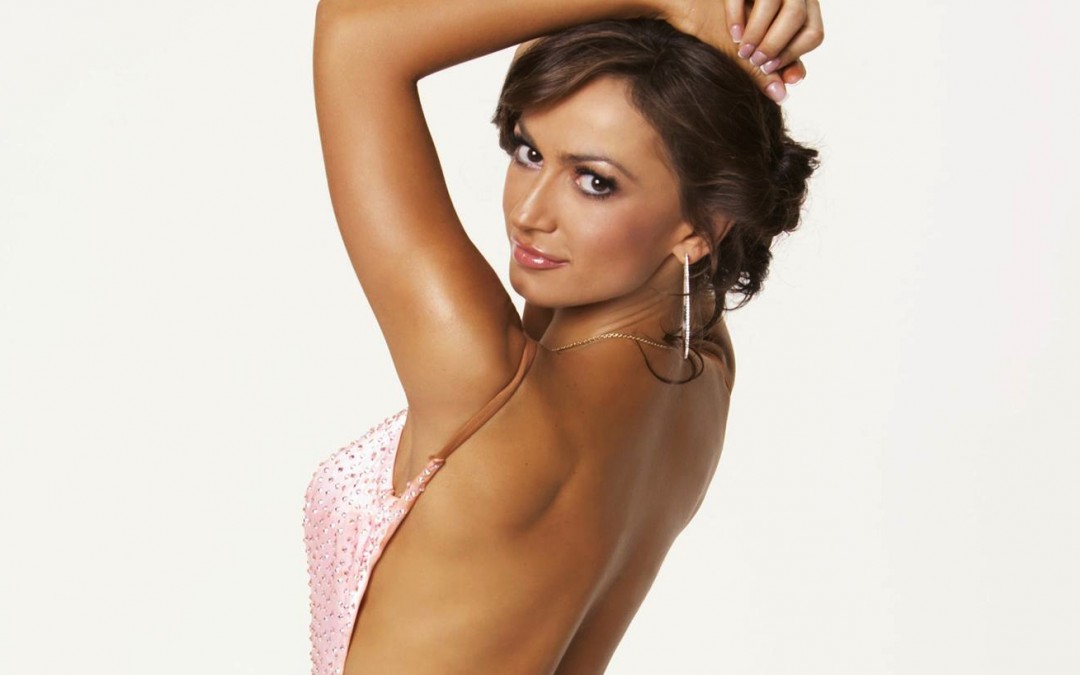 The perennial star of Dancing with the Stars dishes on her dance partners, ’80s-era Queen and pulling a Tonya Harding on Kristi Yamaguchi.

You always seem to get the hottest partners. Why is that?

I think they kind of pair me up a lot of times with bad boys. Like I think Floyd [Mayweather] was somewhat of a bad boy. Mario Lopez was definitely a bad boy. I think they give them to me ’cause they know that I can handle it, and I probably control them in some way. But it’s flattering to think that people think I get the hottest boys. That’s awesome!

If you had the ability to go back to any time period and any time in the world, who would be your dream dance partner?

Oh, wow. I think that the perfect partner is the person who has the natural ability to dance, but he also really needs to have the time to put into rehearsal and the desire to win. If a partner has the commitment and determination, it’s a win-win situation.

Is there someone in particular who fits that description?
I don’t know if he would be a great dancer, but I always liked Keanu Reeves.

You may have the greatest booty on television. Do you think it helps your dancing?
Well, I don’t think of my booty as being really good, but it definitely helps to be in shape. We do work out all the time when we’re dancing; we put a lot of hours into rehearsal. So being in shape definitely helps. Thank you.

Do you think you may have squeaked out an extra point now and then from the judges just because of your booty?
I totally don’t think that. I wish my booty had that much influence. On the contrary, I think the judges give a lot of couples more slack, and I kind of feel bad for [dance partner/R&B singer] Mario. But at the same time, it keeps him on his toes and makes him work that much harder.

Speaking of Mario: Which Mario smells better?
Hmm … I don’t know if I like one better than the other. They both smell pretty good. I think they use different styles of cologne. They’re what you call a “metrosexual male.” They love to take care of themselves, and love to look and smell good.

Kristi Yamaguchi is coming on strong this season …
Very strong. Any stronger, and she’s going to wipe all of us out!

If the competition gets too stiff, would you consider pulling a Tonya Harding on her?
Are you crazy? Of course not! The fact that Kristi is doing so well, I mean, congratulations to her. I’m considering maybe taking Mark [Ballas, Yamaguchi’s dance partner] out, ’cause I’m a lot closer to Mark than to Kristi. But … [Turns away from the phone, speaks to Mark.] It’s Blender.
Mark: Hello!
Karina (continues): But no, the guys work so hard, so it’s great to see our competitors doing so well.

Are you hoping to graduate from Dancing With the Stars to Hollywood?
I totally would love that. That would be the best scenario ever. I love the show; I think it’s opened up so many opportunities in the entertainment industry. But ideally I would love to act, and it’s something that would totally please me in the future.

MY KARAOKE SONG
One of my favorites is [Nat King Cole’s] “Unforgettable.” I don’t know why I love to do that song. The other one is, I forget the name. [To Mark] Mark, who sings the, Lionel Richie and Diana Ross … What’s the famous one?
Mark: Umm … “Endless Love”?
Karina (continues): “Endless Love”! That’s my other favorite.

SONG I WANT PLAYED AT MY WEDDING
Oh, wow. I never actually thought about it that deep. But I always loved [’80s pop act Yazoo’s] “Only You.” It’s the song I started dancing to. Mark likes it, too. So Mark and I will probably get married, and that’s the song that will be at our wedding. Mark just said “Karina Ballas.” But I think it’s better sounding as “Mark Smirnoff.” Karina Smirnoff-Ballas. I like that, too. It’s cute. Mark and I go way back. I remember when he was 10 years old, full of pimples. Oh, and he had braces.

THE SONG THAT MAKES ME CRY
You know, actually I don’t listen to songs that make me cry. If I’m really, really depressed, I put on something happy. But honestly, the song that makes me think and maybe get into that emotional level is Argentinean Tango. Astor Piazzolla pieces like “Oblivion.” He has a lot of musical compilations that are amazing.

SONG I LOST MY VIRGINITY TO
I don’t think we had music playing. It was weird. Like, I was a really late bloomer, to be honest. I was 18. My first French kiss was when I was 16, so I was totally afraid of boys when I was younger. So it was romantic and everything, but it was kind of awkward.

SONG THAT PSYCHES ME UP FOR A NIGHT OUT WITH THE STARS
If I go out and party on the town, I like to listen to Beyoncé, or any kind of modern song. I love Alicia Keys, Chris Brown. But when I’m actually getting ready to do a performance, and go onstage and perform, I listen to Queen’s “The Show Must Go On” , or “Friends Will Be Friends” , or “It’s a Miracle” , or any of those old songs. I think they’re very inspiring, and they have that energy that makes you want to do better.

FAVORITE SONG TO SLOW DANCE TO
[Frankie Valli’s] “Can’t Take My Eyes Off You.” And the version that I love is by Sofia Pettersson. It’s just the piano version, and it’s almost like a cabaret style, but it’s beautiful.

FAVORITE SONG TO MAKE LOVE TO
Oh, I think making love is beautiful to Mario’s music … I love Ginuwine, I looove R. Kelly … “Your Body’s Callin’,” “Bump N’ Grind,” “Sex Me (Parts I & II).” There are a lot of R. Kelly songs that are amazing.