In the Studio: Ari Hest 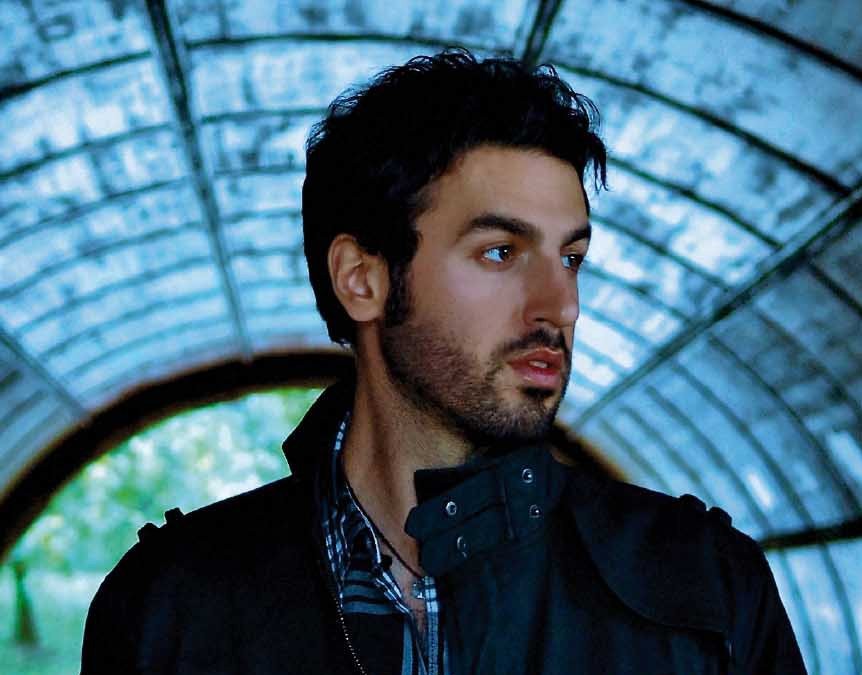 Every week, the New York City songwriter is releasing a new song via online subscription, and at the end of 52 weeks, subscribers will decide which 10 songs will comprise his next full-length record. It’s a “concept album” with an intriguing concept, and unlike Rick Wakeman’s “medieval rock opera on ice,” it seems to be working.
By Mike Errico

What inspired the idea of 52?
I did it just to challenge myself and see if I could write that much and record myself, which I’m not accustomed to doing. Also, I just thought that putting about another album didn’t appeal to me right now. I just didn’t think it was something that was going to propel my career, given the state of the industry. And the fact that I was leaving my record label [Columbia] back in the fall; I wanted to start fresh with an idea that most people hadn’t really heard of.

Do you think the album is dead?
Yeah. I do think it is. And I don’t know how it’s going to go in the next few years, but I do feel like people are going to start doing similar things to what I’m doing, if not the same thing, where you subscribe to some sort of service, much like cable TV. Maybe I’m getting a head start, or maybe I’m not. Maybe I don’t know what I’m talking about and this whole thing is going to be about trying to write as much as possible. And if that’s the case, then so be it.

That’s not a bad case scenario.
No, the worst-case scenario is if I can’t finish. I’m trying not to think that way, especially since so many people have signed up. I don’t want to have to return their money.

Where are you recording?
In my apartment in Brooklyn. I record pretty much everything in my bedroom. It’s not particularly acoustically perfect, but it does the job. And I have this alcove in my bedroom where most of my gear is. I have a keyboard and mic set up pretty much all the time, and I recently bought a few toys — a glockenspiel and a ukulele.

Do you have ground rules?
Yeah, there are rules. I’m not doing covers. This is all going to be original music. I’m trying very hard to make sure that one song a month is just me and the guitar, or me and some instrument. I’ll really spend more time on the production of the song, so there will be live drums. I’m doing a lot more keyboard work, and in June I think I’ll be doing some piano-related stuff. You know, trying to mix it up as much as possible.

Do remixes count as new songs?
Doing a remix would be interesting, and I’ve actually flirted with that kind of thing. Not so much a dance remix, but taking a ballad and speeding it up, or vice versa. People have asked if they can get some alternate versions of songs. There was one in April I did two versions of and just gave people the other version. That kind of thing is cool, but I don’t want to count it as a whole new song, because it’s really not.

How much time per day do you put in?
I usually think of some sort of melody every day and sing it into my cell phone’s voice recorder. But there are maybe two or three days a week that I really don’t put any time into it. A couple days of the week, I’m figuring out the arrangements. And then there’s usually one or two days of recording, and then one day of mixing and mastering. It’s quick, but I don’t think I can work every day. Probably the early part of the week I’m taking it easy, and by Wednesday I’m starting.

How do you feel about the results thus far?
I think for the most part I’m really happy with them. First of all, I think the songwriting is better than what I’ve done in the past. I’m getting used to writing pop songs and figuring out ways to put them together that sound interesting to me. I’m spending a little more time on vocals than I ever did before. Generally that’s been something that’s been tough in the past, singing in different studios and singing in front of other people in the studio, and not feeling that comfortable with the results.

Do you wish you had more time to sit with the songs before releasing them?
Yeah, there have been a couple of production moves and some lyrics that have kind of passed through without giving them a third look. But I knew that was going to happen. There’s no way everything is going to turn out the way I want, especially given the time limitations. I just have to put it behind me and go to the next, and hope at the end of it I feel like I did everything I could. I don’t feel like I could’ve done better singing these songs. I think that’s just because I spend so much damn time on the vocals and really make sure that I have the time to work at it.

Have you tested any of these songs live?
There are a couple songs that I wrote last year that I did do in shows, but it wasn’t designed to test them for the purpose of this project. I just wanted to play them. I’ve done less touring this year than I’m accustomed to, and I’ve played a lot of the songs from the project. The issue is that there are so many damn songs, I’m literally forgetting words quite a bit onstage. At first it was funny, and now it’s getting kind of annoying to me that if I’m going to introduce a new song, I really have to practice it.

What are you doing to keep inspired over 52 weeks?
I’m trying to read a lot. I was given a book that I’m reading very slowly, The Sea, by a guy named John Banville. It was given to me by the tour manager of Martin Sexton. Literally, in every sentence there’s a word I have to look up, so it’s very difficult. I’m also trying to meet people and talk to them. There’s no way that I’m going to be able to write 52 songs about my life and make it that interesting. My life is not that interesting. So I have to find something interesting about what somebody else is going through, and maybe put myself in their shoes in the song.

What if, at the end of the 52 weeks, your fans pick songs you hate?
That could be a problem. So far I haven’t written anything I hate. There are some I like more than others.

On the other hand, what if they don’t pick something you really want to record?
I don’t know what I’m going to do. I might still record it and put it on something else. I think it’s something that intrigues people enough to make them want to get involved. They’re going to be telling me what I should be playing, so it’s an interesting idea.