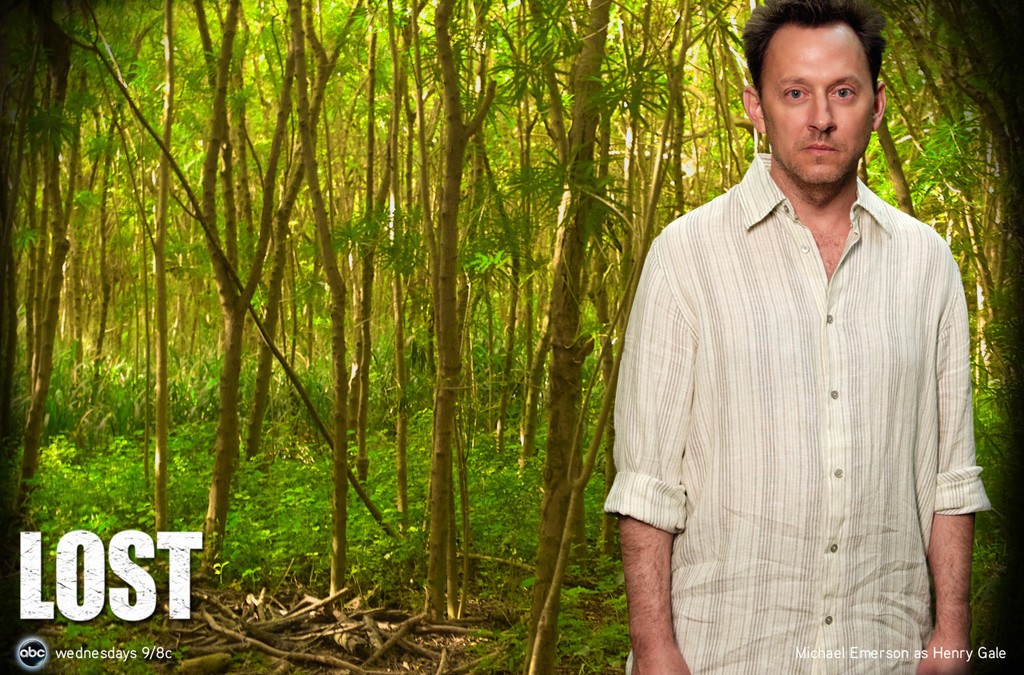 “Things that are sparsely played, and have an empty quality to them, I find very appealing,” says Michael Emerson, who exudes a creeptastic stillness of his own as Henry Gale (or…Ben?), leader of the Others on the hit TV show Lost. “I’m gravitating to the simpler and the earlier in music. I like the beginnings of things like jazz, reggae and punk: less production, more mess, more empty spaces.”While the Web buzzes with theories, maps, decoders and webisodes to figure out what’s going on behind his pale, piercing eyes, the Iowa-born actor remains amused. “I’ve played villains on stage — you know, the Iagos and so on — but I think of myself as a funny person. I mostly did comedies before I did TV work.” How, then, to explain his brilliant string of serial killers, Shakespearean antagonists, and…”Others”? “I enjoy the stillness and focus that these characters have. I’ve always liked playing ambiguity, and that seems to be what makes these characters tick.”

After dispensing with musical niceties, we took the nerd gloves off: Was it coincidence or fate that brought everyone to the island? Where did Michael go? What’s with the damn four-toed foot? Patiently, he explains, “Sometimes [the writers] put stuff in, and you don’t know if they’re pulling your chain or if they’re going to capitalize on it. But,” he adds, “they don’t do a whole lot just for the sake of doing it. Still, it may be a long time before they get around to paying you off.” When we suggest he may be planting critical clues within the songs he’s selected here, he offers, simply, “Play them backwards.” Backwards! Of course!

FIRST ALBUM I BOUGHT/STOLE
My little sister and I pooled our allowance and bought the Beatles’ RubberSoul. Lest you rush to any high estimate of our taste, though, I think our next purchase was a Herman’s Hermits album. [Laughs]

SONG I TORTURE OTHERS WITH
Sometimes when a perverse mood overtakes me I like to treat guests to a taste of Blue Öyster Cult’s “Transmaniacon Mc” or “Cities on Flame With Rock and Roll.” I’m sure my loved ones are tired of hearing me play “Israelites” by Desmond Dekker, too.

SONG THAT TORTURES ME
Some radio songs of the ’70s were pure torture — [Carl Douglas’] “Kung Fu Fighting” comes to mind, as does [Elton John’s] “Bennie and the Jets”. And I have an allergy to the current celebration of athletic balladeering that has been enshrined on American Idol.

ALBUM THAT ALWAYS SHOWS ME SOMETHING NEW
I suppose it would be, for me, something either simpler or denser than the popular music I hear on an everyday basis. I still get surprised by Radiohead and Dylan, by Louis Armstrong and Bach. Captain Beefheart, as well — I’m not sure he isn’t some kind of genius character. There’s a double-disc overview, “The Dust Blows Forward: An Anthology”, that is amazing. He can go as low as Howlin’ Wolf and as high as…I don’t know who. And some of his dense or obscure poetry begins to take on a surreal charm after a while. It’s not stuff you listen to to clean house.

SONG IN MY CD ALARM CLOCK
I don’t wake up to music but my wife has a special ring for me on her cell phone — it’s a sample from “Jump Around” by House of Pain. The song is so…down and sort of madcap and antithetical to who I am. It amuses her that I like it.

ALBUM THAT ROCKS MY FACE OFF
My face is invariably rocked off by the Stooges’ Raw Power. That MC5 album with “High School” on it [Back in the USA] is pretty strong, too.

MY KARAOKE SONG OF CHOICE
I can’t do karaoke. I hate to do anything that is like “performing” when I’m not working.

ALBUM THAT AN EX RUINED
You mean physically or spiritually? I connected certain Tony Bennett ballads with a certain girlfriend once, and now I feel foolish when I hear them.

ALBUM I RECOMMEND IF YOU’RE BEING HELD CAPTIVE IN THE HATCH
If you were a hostage, I think you’d want something that was soothing but also an intellectual puzzle that would reward repeated listening. I’m thinking a sparse, clean solo recording of Bach like Glenn Gould’s Goldberg Variations or Gidon Kremer’s Sonatas and Partitas for Violin Solo.