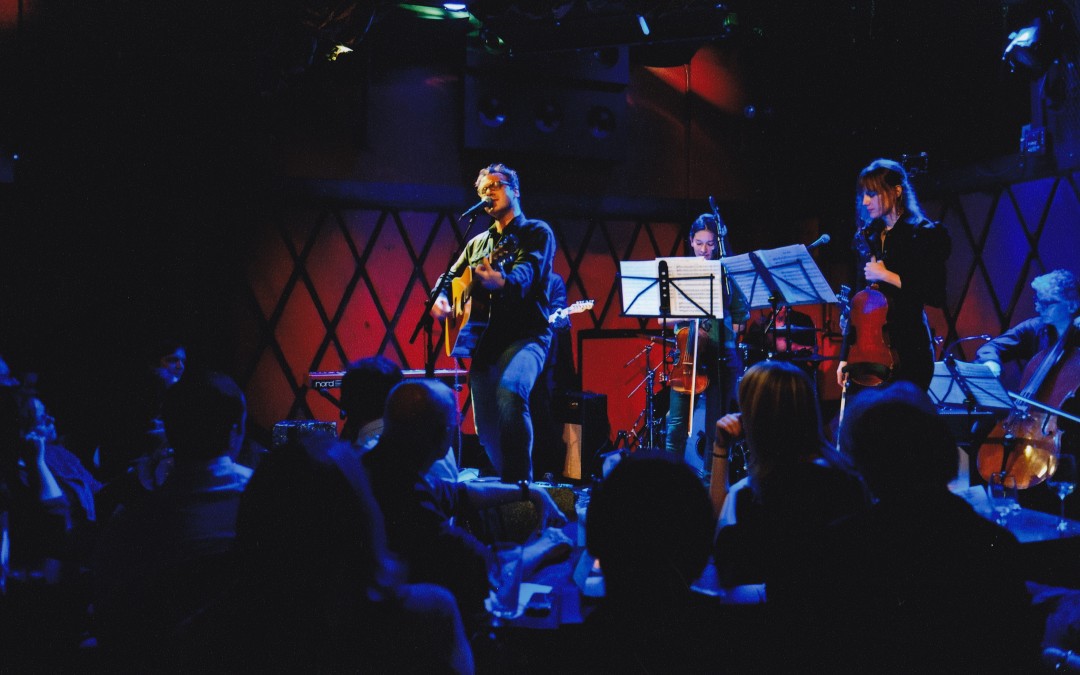 What are Holiday Omens, you ask? Oh, you will know.

UPDATE FROM THE STUDIO:

So, here’s what’s happening. I was planning on recording a five-song EP, but it was going so well that I crashed through the DEAD END sign and kept on driving. It’s now going to be a full-length album, and it’s going to be a killer. Producer Jamie Siegel (Sting, Lauryn Hill, Taking Back Sunday) and I are letting the songs tell us where they want to go, and we’re consistently amazed by what is coming out.

I’ll admit, it hurts a little to think it’s going to take more time to get this new music to you, but the end result is going to be twice the size, so I’m just going to stay focused and keep working.

Last week’s studio highlight is that I got a bunch of friends and former songwriting students to come in and sing a “gang vocal” for a drinking song/existential crisis called “Here’s to the End of the World,” which I think will close the album. I’m posting video clips and pictures of all the sessions on Instagram – check em out, and let me know what you think.

HERE ARE TWO QUESTIONS FOR YOU

QUESTION #1: After the record is done, what format(s) do you want it to be in? CD? Vinyl? Thumb drive? Cassette (forget it)?

Send me your answers by emailing me here
or going to my web site’s contact page.

BECAUSE I WANT TO GIVE YOU WHAT YOU WANT TO HAVE

COME TO THE SHOW – it’ll be the debut of a bunch of these songs. And it’s always a great night.