Ground Rules for a Whisky Tasting 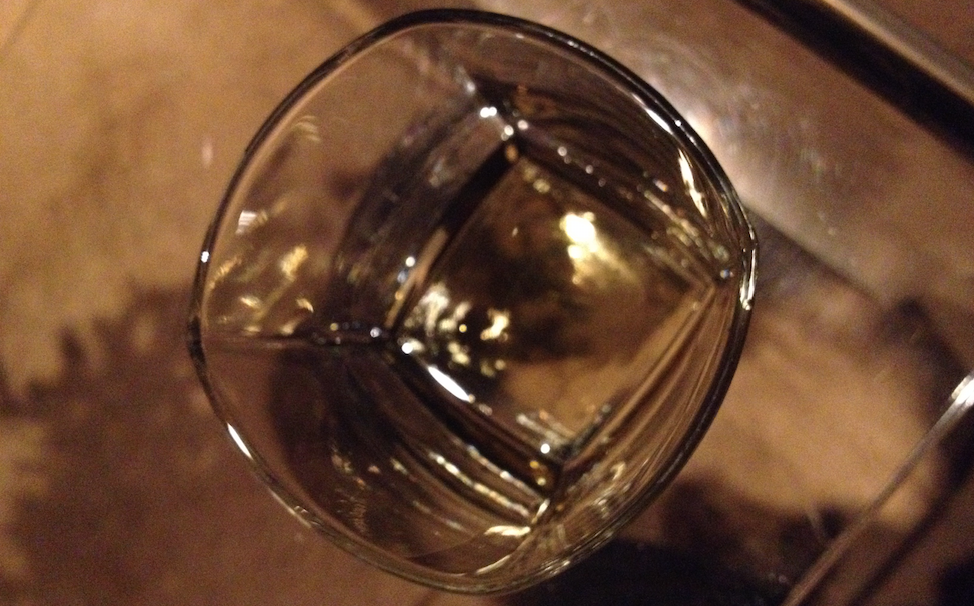 With a head full of stones and a heart full of sand, I have returned from the Highland Park Record Club. The goal of this gathering was to establish that music and whisky are good friends, maybe even cousins: They both have dynamic personalities that unfold over time; they both are hard to do well; and both warrant repeat drink-listens.

We were curated from the creative class and dispatched to a members-only basement where bookshelves swelled with thick hardcovers recounting retrospectives at the Whitney Museum. There were dark, overstuffed couches, and a gas fireplace with a thick glass pane in front of it that offered the dance of light with none of the extraneous by-product of actual fire. There were bowls of nuts with honey notes that whispered from the back of my palette,

“How did you get invited here? You’re a fraud.”

But I’m not a fraud, I whispered back to my nuts, within earshot of a vinyl technician who scratched garage rock into Plexiglas 45s on a vintage lathe. I am an aficionado, in that I have awakened next to empty bottles of Highland Park and hit play on recording equipment to hear a song that I couldn’t remember I even recorded. So. I’m a pro at this.

It’s really something, to hear a song for the first time and know it’s you singing. It’s as close as I may get to inhabiting Keith Richard’s body.

Scotch people, I report the following: Highland Park 12 remains a standard bearer, the one you’d hand the Olympic torch and let run down your gullet with trust, even pride; Highland Park 18 is a fancy vintage car you lease to drive around Gillian Anderson’s neighborhood hoping she is single and into vintage cars; and, as I explained to a gentleman stranger sitting next to me, Highland Park “Dark Origins” is like a mule kicking you with fuzzy bedroom slippers on.

You see, because it’s strong…but smooth, too…kinda sexy or something…and the finish…

Look. Don’t argue with a pro. I got this.

And I’ve got ground rules to prove it. I give them to you because you would do the same. I know that about you.

GROUND RULES FOR A WHISKY TASTING

Don’t be an idiot. There aren’t enough finger sandwiches on God’s peaty-green earth to soak up a limitless quantity of Scottish fire.

If they come by with a tray, you don’t judge, you eat. This is survival. Is it cinnamon sugar-coated actual live spiders? Bottoms up. If not, you’ll die in front of the sensory-deprivation fireplace and the last thing you’ll see is hundreds of cell phones uploading your death to Instagram.

You don’t think you’ll need them until a videographer points a lens at you and asks you what you’re tasting.

The Internet is not suddenly your drinking buddy. Don’t tweet things that come to mind. Things like:

.@HighlandPark Dark Origins is like a mule kicking you
with fuzzy bedroom slippers on. #highpraise

Sure. Think these things. But use your inside voice. Your inside-your-padded-cell voice. Cackle to yourself with a mouth full of honey walnuts and finger sandwiches that are half at rest on your shoe.

MAKE A PACT WITH YOUR SERVER

“The shoe incident dies with us. Also: keep the spiders coming.”

YOU’RE A FOCUS GROUP, DAMMIT. TRY ACTING LIKE ONE.
Ask what they wanted from the evening, and try to provide meaningful input. If you’re never invited back, who lost? Well, you lost, but you can always…

It’s whisky. Not plutonium. If you want it so bad just buy some and know this: scotch tastes like Big Star sounds. At least it did the other night.

Mike Errico is a recording artist, writer, and lecturing professor, with both critically acclaimed releases and extensive composition credits in film and TV. He has taught songwriting at Yale, Wesleyan and NYU. In addition to his music career, Errico was senior online editor of Blender magazine, and is a contributor to Guitar World magazine and Cuepoint. www.errico.com