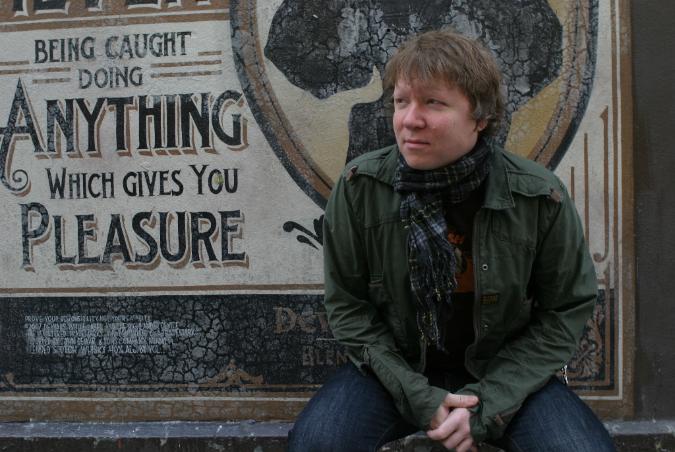 Multi-instrumentalist/songwriter Matt Beck is the man I have to thank for some amazing moments on “Wander Away.” [Check out my conversation with him on Episode Three of The Mike Errico Podcast]. Beck’s signature guitar tones are culled from years of audio experimentation. “I have somewhere in the realm of 500 guitar pedals. I took over one of my wife’s bookcases with them,” he explains with an unapologetic smile. “Some are very esoteric.”

But which pedals are must-haves? And which ones suck? Beck broke down his library of stomp boxes into easy-to-swallow categories: the ones you need, the ones to avoid, the ones that need a lo-o-o-ong break — and the ones to watch.

1) Ibanez TS-9 Tube Screamer: #1, top of the line. I have a bunch, some of which are modified by Robert Keeley, who takes out the insides and replaces the capacitors and resistors and … I don’t really understand it, but it sounds fuller. I also use an original TS-808, which is the original Tube Screamer with the much heralded Germanium chip. The original 808 was green, and has the small square button in the middle, but the originals have a hyphen between the “TS” and the “808,” so that’s how you know what you’re looking at. Just a little tidbit. Even if you don’t use it a lot, this pedal is one that you can’t really live without.

Classic Recorded Example: Stevie Ray Vaughan — who I think used the TS-9’s — something like “Couldn’t Stand the Weather.” They work great with single coils, and of course, Stevie Ray was a single coil player. Such a beautiful, singing tone.

Worst Distortion Pedal: (Laughs) TC Electronics, generally considered high-end gear, makes a booster pedal that is very sought after, but they made a distortion pedal and it’s just the worst. I think it’s just called “Booster/Distortion.” Nobody ever uses the distortion, it’s so shitty, but the booster is actually pretty good. Also, I know this isn’t a pedal, but the distortion on the Roland JC-120 amp is probably the worst I’ve ever heard.

2) Electro-Harmonix Deluxe Memory Man: Industry standard, just the best. It was the next step after tape echo machines and tries to emulate those delays without the tape breaking down and all that. Back story: On old tape machines the motors are inconsistent, so when the tape comes around the head there’s a kind of slow modulation. I’m not a studio engineer type guy so I couldn’t tell you exactly the details, but that’s what this pedal is all about. Awesome.

Classic Recorded Example: All the early Edge stuff on U2, until he got into the rack gear — then he had a TC Electronics 2290. But I think for the first two records (Boy, October) he was exclusively using Memory Mans. He said he was more of the timekeeper of the band than the drummer (Larry Mullen, Jr.) — he’d get the song’s tempo on the delay first, and then the band would play along. I’ve been doing a lot of research on the Edge since being picked by him to play Spider-Man.

Worst Delay Pedal: The Boss delays aren’t the greatest. They got better as they went along. But the first one I had was a DD-1, and I thought it was badass. Funny, I’ve never thought about “worst”, I’ve always been looking for good stuff!

3) Demeter Tremulator This tremolo pedal is even better than my Boss TR-1 or TR-2 tremolos that are modded by Robert Keeley. The Tremulator is very natural sounding, just like amp trem, and doesn’t suck up any volume the way pre-modded Boss trems do. It doesn’t take up a lot of space on the pedal board, either.

Classic Recorded Example: It’s hard to tell with tremolos, you know? I know I use it live. I took it on the road with the Break and Repair Method, which features Paul Doucette from Matchbox Twenty. I still take out the TR-2, but I love the Tremulator.

4) AC Booster, by Exotic Effects: Treble boosts started way back with the British rockers, like when Eric Clapton used the The Rangemaster — the Holy Grail of treble boosts — to push the front end of the amp into distortion. But the Rangemaster is not something people can’t live without, because they’re just not that attainable. I use the AC Booster by Exotic Effects. It’s got four knobs on it — bass, treble, gain and volume — so you can actually add some distortion or separate out the bass and treble. If you have an aggressive setting, you could just use it for leads.

5) Z-Vex Seek Wah: It’s an X factor type pedal that gives that “whoa” kind of thing. Bascially, the sound goes through a sequence of eight fixed settings of a wah at different tempos, giving a weird jumble of vowels through the signal. It was designed as an emulation of the old Oberheim OB-8 synthesizers that had the “sample and hold” functions. Think ELP’s “Karn Evil 9”: “…welcome back my friends to the show that never ends…” I’ve gotten a little tired of it, but it’s made it onto a lot of records I’ve done. There’s also something called a Robo Talk made by Exotic Effects which actually is the sample and hold function of the Oberheim.

Classic Recorded Example: (Sings) “…welcome back my friends/ to the show that never ends…” That opening synth? That’s what it sounds like.

Worst Seek Wah: There is only one, so…

PEDALS THAT NEED A BREAK

1) Z-Vex Seek-Wah: (Laughs) I think I’m partially responsible for its downfall, too. It’s a great pedal, but so idiosyncratic. There’s no hiding it, and it only does one thing, so I kind of cringe when I hear it now.

2) The Wah Wah…with an explanation…: It’s because people don’t play it well. They don’t play it right. They sit there and they wank on it in time, so I don’t want to say that it’s over, because in capable hands it’s so expressive, but for the most part the idiots that step on that thing have killed it.

3) Phaser: It’s a little played. I think ’70s and sometimes ’80s… you know, when they put the whole song through them, like Eagles “Life in the Fast Lane” or Zeppelin’s “Kashmir” — which is just the drums, and is kind of cool, but still… when someone hits it, it’s like they’re trying to be all psychedelic and heroin-y… not good.

4) Doubling effects: Any harmonizers that give the ability to play stuff in fifths, like Yes’ “Owner of a Lonely Heart”… I mean, c’mon.

5) Whammy Pedal I think Tom Morello (Rage Against the Machine/Audioslave) owns it. He was coming from a hip-hop thing, and showed such ingenuity on it that anyone else sounds derivative. Now when you hear it you roll your eyes like, “there’s some guy wanking on that fucking thing again.”

Mid Fi Electronics Pitch Pirate: It’s basically a pedal that uses portamento, makes wild vibrato swings and also times out slides from one note to another. It sounds less like a Whammy Pedal, and more like you’re twisting a knob on a Moog synth. It’s pretty cool.

Clari(Not): Similar, but it brings in delay and fuzz.

Boss Slicer pedal: This one could go the way of the Seek Wah, but it’s new. It takes the phrase you play and cuts into it so it sounds like you’re playing to a drum beat. You can set the rhythm and it’ll send the signal back to you all chopped up. Weird.