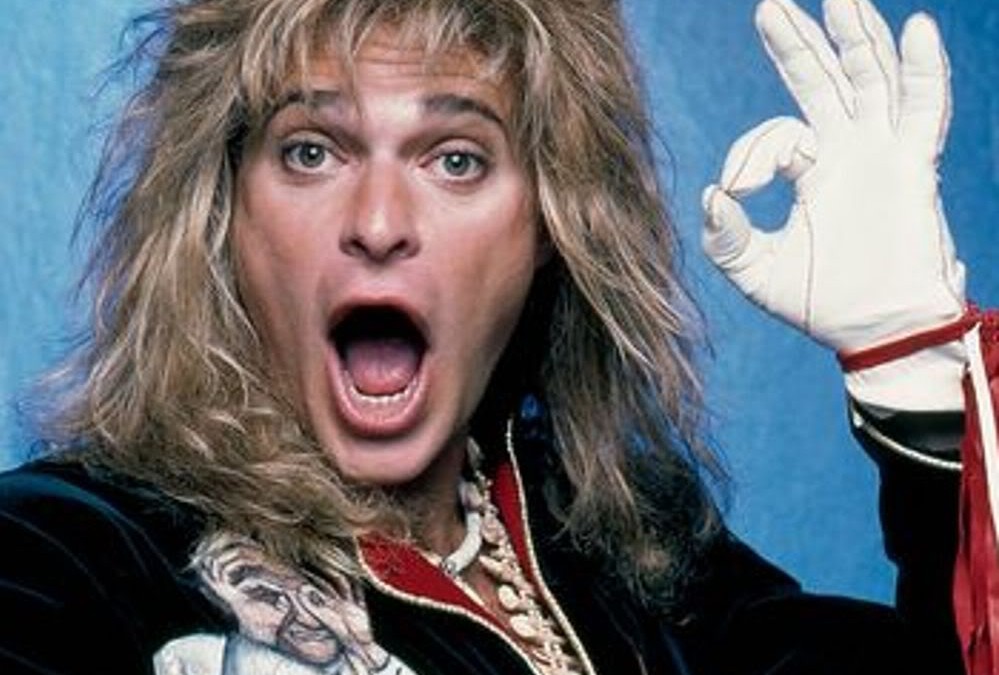 We sat down to talk about the bluegrass tribute to Van Halen, Strummin’ with the Devil, and a bottle of Tennessee whiskey mysteriously appeared. It got blurry quickly.

So, it’s official: At this very moment, Van Halen is a staple on bluegrass radio and in strip clubs. The end of the world is at hand.
Well, it’s the same audience, and the same guys, man. Van Halen’s verb music: Pick a verb. [Laughs] Whatever we were when we first showed up — the most alternative, left-of-center, whatever — is now the toast of the middle, including all the fire, all of the military…

The military?
Come on, there’s not a commanding officer under the age of 65 that doesn’t know what I do for a living. [Laughs] All the two-star generals are my age. You think they didn’t have a few dozen beers to “Running with the Devil” when they were at the Citadel? Come on! Of course they did. If you’re a hoo-hah, and you don’t know Van Halen, get the fuck out of the troop.

OK, but…is there a connection between classic Americana and classic Van Halen?
Sure. Van Halen was a wonderful variety of ingredients, and you are familiar with every one of them. I didn’t bring you a flavor from Southeast Asia that you never heard of. You recognize, “OK, here’s the vaudeville element, here’s the heavy metal element, here’s the Al Jolson element,” and you can run your hand over it — you’ll feel the weld marks, so to speak.

And Americana’s been a part of that mix.
Americana’s what’s on television commercials, it’s what your heroes listen to, it’s what’s playing in the background in the garage on the Motorola…and that’s more invasive than anything else you downloaded today — or shoplifted, in my day. “Women and Children First” [from 1980’s Women and Children First], you know, is all my flat-picking. I’m a product of all of it, and so is Eddie [Van Halen].

Speaking of Eddie, most of these songs are cowritten with the original Van Halen. What was their reaction to it?
I know that they are very familiar with everything because I can go and perform these songs, but every time that we perform them on television, there’s an agreement that goes through the band, and they have to sign away waivers as well, and so they are very familiar with every single step of the way and what’s been going on.

Sounds very…legal.
As artists, after a certain number of years, we are presented with two options: either the John Lennon or the Willie Nelson, I call it. Lennon chose to retreat, and Willie Nelson is everywhere, all the time. 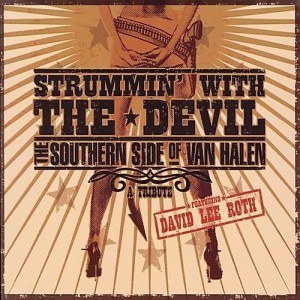 Did you pick the players and singers for Strummin’ with the Devil?
No, we put out the word and they sent demos. It took about a year.

What kind of submissions came in?
The first volunteerances were just trying to play it either for a joke or they were just imitating the electric, but of course, the humor lurks in every chorus with this music. I’ve had to explain to guys coming in the rhythm section that it’s heavy lifting to create that excitement, and you don’t just yuck it up onstage. Unless you’re Jimmy Buffett and you really feel that way. I don’t — at least, not until happy hour. [Laughs]

So, did the boys nail it?
These musicians grew up with this material; they didn’t just learn it for this project. And they’re reaching for elements that are there, but really accenting it. “I’ll Wait” [from 1984] had a sense of whimsy and a sense of longing…they took that sense of longing, and drove it all the way downtown where the bus doesn’t go after dark. [Laughs] And it’s “Danger, Will Robinson, danger,” for a group like Blue Highway to do that. It’s risky turf…you hear them becoming very ambitious in the instrumental part of that, and it has nothing to do with the Opry. That in itself carries the same attitude, perhaps, that we had when we originally wrote the tune.

Have the new interpretations changed your own relationship to these songs?
My insistence was, “Let’s take the music wa-a-a-y past where we found it,” and therein it will begin to solicit whole new imagery, particularly for myself. So now when I hear “Jump,” it’s very visual and cinematic, to me. Same thing for “Panama.” It becomes a chase scene…

…Only with older-model cars.
Yeah. There’s a lot of dust, too. In the end of it, there’s a kid. I don’t know if he’s chasing the dog or the dog’s chasing him. Maybe that’s just my childhood. Other songs summon up a different ambiance. For example, “Women and Children First” originally was designed to sound like we recorded it on a pier by the water. At that point in time, I was going back and forth to Tahiti chasing a Tahitian girl. [Sings] “There’s a full moon out tonight, baby, let’s begin.” That’s all changed: This version is clearly East Texas, clearly there’s sawdust on the floor. It’s no longer modern times. Now it’s what, now it’s 1958 and…there’s a lot more tattoos. There’s pickups parked outside, where there used to be outboards. Everything’s lightly marinated in Jack Daniel’s. All good. [Laughs]

Many artists get a lot of pressure, from labels or fans, to remain the same band they know and love. Are you free of that constriction, or are you deliberately trying to screw with people?
Diversity is easy, and the temptation is to fall into what I call “white boys playing reggae”: They can’t play it, you know they can’t play it, the Jamaicans won’t even give it a listen, so you make fun of it. I’m not gonna convince you I’m a cowboy — nor will I try, nor will I wear the hat — but we will have a series of barbecues, concerts, general get-withs, and it’s all seasoning for what I really do.

What do you really do?
I sing for dinner.