New, Deluxe Editions of the Mike Errico Catalog. Pay What You Want. 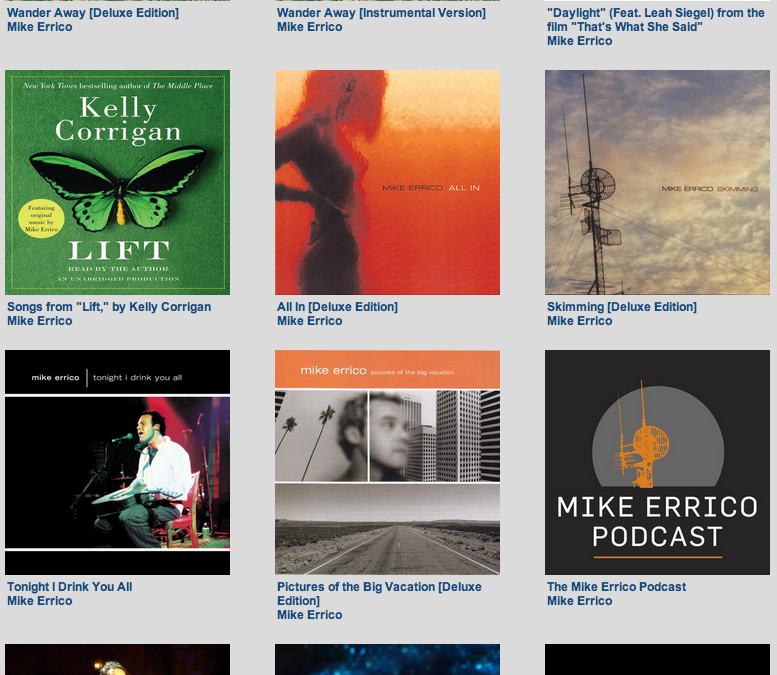 I’ve just completed a semester teaching songwriting at Yale University, and thanks in part to the conversations I had with guest speakers Amanda Palmer, Ryan Miller and Jonathan Coulton, I’ve decided to try an experiment: you can pay what you want for new, deluxe editions of my recordings.

No. It’s because I want you to have it for the amount you think it’s worth. For instance, the other day I put $2 in an open banjo case after listening to a bluegrass duo; gave a dollar to a mariachi band that wandered into my subway car; and purchased the new Queens of the Stone Age album on iTunes. I didn’t have to (it’s not like the mariachi band would have stopped playing), but somewhere in my reptilian brain I have made calculations that music has value. I bet you have, too, but if you feel that it should be free, I don’t want that to stop you from listening. I’m aware that, to some, this puts me in a certain camp, and I don’t like being in any camp. My work is still available at all fine digital retailers and you can buy it there, too. And as I said, this is an experiment. If it doesn’t go well, we’ll just tweak the experiment.

Q: What are other people doing?

You’d be amazed. It varies, of course, but overall, you’ve decided the music is worth MORE than the standard “iTunes price” — in some cases, by a lot. To me, it means that you understand what is going on, and that you want to support what I do so I can keep doing it for you. That is incredibly gratifying. I can’t thank you enough.

Q: What’s in these “deluxe” versions?

A ton. Remixes and songs that didn’t fit on Pictures of the Big Vacation; original demos from Skimming; early versions of songs from All In; a karaoke version of “Daylight” from the 2012 film That’s What She Said; the extended version of “1000 Miles,” a solo version of “Count to Ten” and a rare guitar/vocal version of “Someday” from Wander Away; as well as the instrumental version of the entire Wander Away album, which I think is my most lush and beautiful work to date. (The instrumental of “Count to Ten” has already been used to walk a bride down the aisle, so this has already been a huge success.)

That…and more. Everything is streamable, and downloadable in multiple formats. I’m really excited about this experiment. I hope you are too. 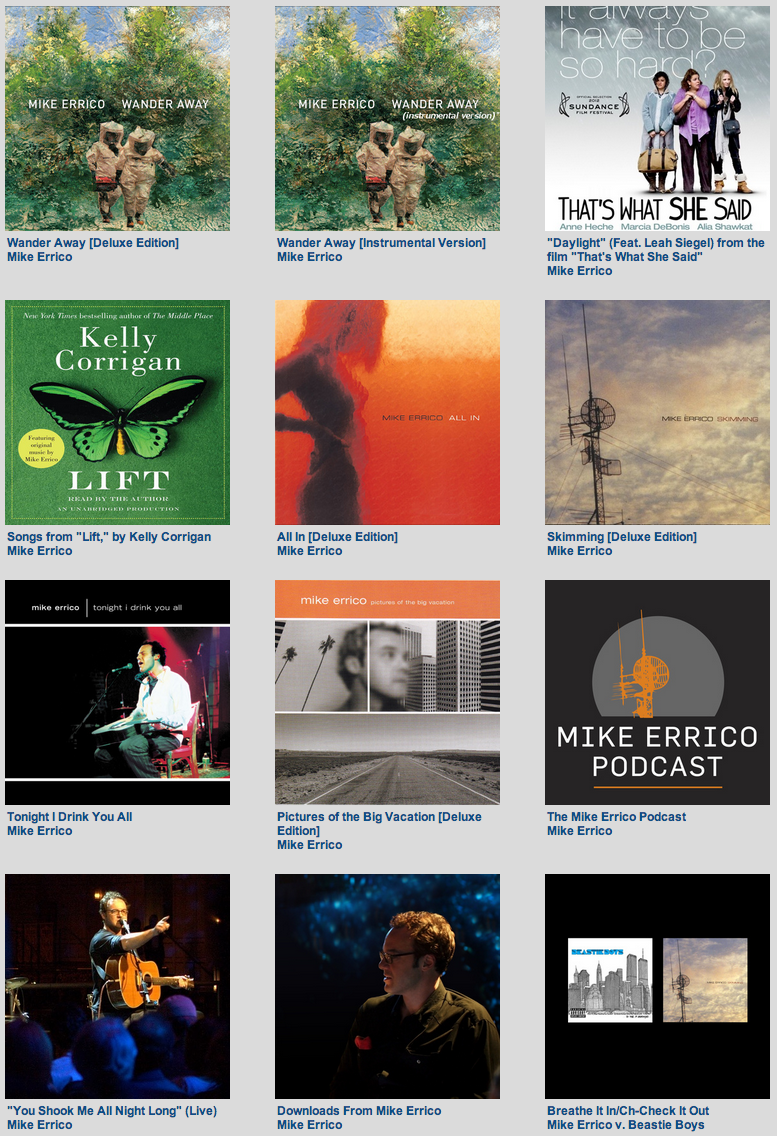