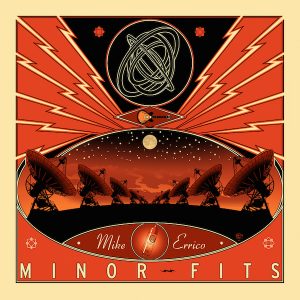 Initially, I had planned on recording a five-song, tight, straightforward EP that I would be proud to give to you. However, as soon as we started recording, I knew something special was going on, and that an EP was not going to cut it. That’s not bragging, it’s just that when you do something long enough, you kinda get a feel for when it’s the real thing, and in this case it was obvious. It also meant that an EP was not going to cut it. So I crashed through the DEAD END sign and kept on driving. I now have a full-length record that is edgy, Americana-leaning, story-based, and deeply connected to all my work that came before it.

Minor Fits is being fueled by a Pledge campaign, and I’m asking you to help me see it through to completion. In addition to the finished product, I’m psyched to offer a bunch of things I’ve been itching to give you, including many other studio and live recordings, podcasts, interviews with the people who worked on the record, a quarterly subscription to the all-new and still infamous Tallboy magazine, and more. You’ll be a part of the first-ever non-holiday expansion of the Holiday Omens, which is explained below. And hey, if you don’t see something that you want, just ask me. Let’s make this work.

For decades, you have been there for me and I have tried to express my gratitude by making the best possible work I can. I hope you’ll join me now, and continue to play along.