Managing Change Without Losing Your Mind 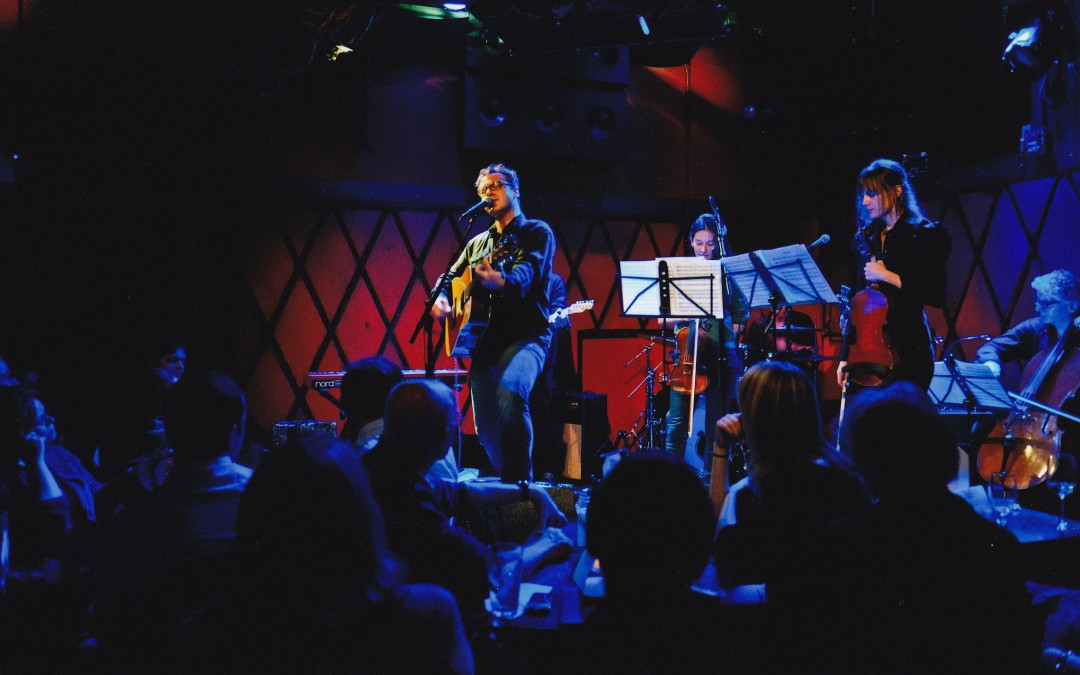 “It is not the strongest or the most intelligent who will survive but those who can best manage change.” — Charles Darwin

I’m used to managing change, and if you’re reading this, I bet you are, too. My short story: My label debut was released in 1999, and my coming out party was a slot at Woodstock ’99, which, you may recall, went up in flames and took the legacy of a previous era with it. ‘99 was the summer of Napster, and the winter of Y2K…and it only got weirder from there.

Luckily, improvisation has always been part of the job description. Today is no different, and though there are new challenges, there is also the same Darwinian need to adapt.

As a songwriting professor who’s been in the trenches, I tell my students that my class – The Art and Business of Songwriting – is the most important one they’re taking. They laugh, but I remind them: The song is the spark for the chain reaction that ignites every subsequent section of the industry. The song gets the musicians paid, the studios booked, the promoters on the phone, the venues filled, the PROs collecting royalties, and straight on down the line. Songwriting is also the creation of intellectual property that can continue to generate income over time. I tell them that the people who say “touring is the answer” for musicians are likely people who a) have never toured themselves, and b) forget the fact that human bodies inevitably fail over time, whereas there are songwriters out there making a great living who aren’t even alive.

So, how do we manage change, and how do we prepare for it? Here are a few themes, along with some older brotherly advice I find myself giving during the semester:

Basically, this is what my Facebook feed is packed with. Grousing about the current state of the industry requires a deluded nostalgia about the past state of the industry, in the same way a bad ex starts to look better over time. Never forget that your ex was crazy and broken and that’s why you moved on. And sure, change is scary, but fond reminiscence of past abuses is dangerous.

Many artists are becoming advocates for a change in the way business is done. Far from nostalgic, the smartest of the bunch realize, simply, that if we’re playing a different game, we need different rules. New rules are enacted in sports all the time – new helmets; instant replay; limitations on racket sizes; and so forth. For us, this means having the guidelines fit with the changes we are going through. ASCAP is working hard on this, and you can, too.

We hear catch phrases like “data is king” more and more in the digital economy. From the point of view of a songwriter, this means keeping your data organized so you are able to speak in the language of the processes that get you paid. Your data includes your ISRC codes, PRO registration, cue sheets, venue reports – all of it. This is a big job, but when the data is squared away, the results are gratifying. When it’s not, you end up chasing typographical errors all over the internet (For a great cinematic representation of what I mean, I recommend you watch the old Terry Gilliam film, Brazil).

For all that “data is king” talk, I believe the connection to your fanbase should be as intimate as possible, with as few intermediaries as possible. Get your fans’ e-mail addresses, respect their data, and own your pipeline to them. Beware the Ides of MySpace: connection via a social media platform is only as good as the platform, and I lost a lot of MySpace friends when the platform tanked. Plus, I think we’ve seen enough tweaks to the Facebook algorithms by now to have lost trust in Zuckerberg and Company. Why allow your livelihood to be made vulnerable every time they come up with some wacky new feature? Keep the pipe short.

This is the simple-sounding act of recognizing your various skills and making money across them all. Creatively, this is what the industry demands. I have brought in publishers to speak in my classes, and they are very candid that they want to work with people who can “do it all,” and hand in radio-ready music incredibly quickly. It’s a “huge ask,” as one publisher put it, but that doesn’t stop them from asking. For those who realize that it’s impossible to “do it all,” maybe this means becoming part of a team and pooling an array of talent. This is nothing new – studios like Stax and Motown did it years ago, and it works. For my students, the important thing is to become indispensible to whatever team you’re on, and that means never stop learning new skills. Finally…

Make what you want to be making, without asking permission from companies and labels that are as confused as you are. As the ability to reach like-minded people grows, let your art embrace that reality. Quality, heartfelt work will connect with your tribe, even if that tribe is five people deep. At the end of the day, you’ll be doing what you love, which for an artist ends up being as important as where it takes you.

Mike Errico is a recording artist, writer, music supervisor and lecturing professor, with both critically acclaimed releases and extensive composition credits in film and TV. He has taught songwriting at Yale, Wesleyan and NYU. In addition to his music career, Errico was senior online editor of Blender magazine, and is a contributor to Guitar World magazine and Cuepoint. www.errico.com