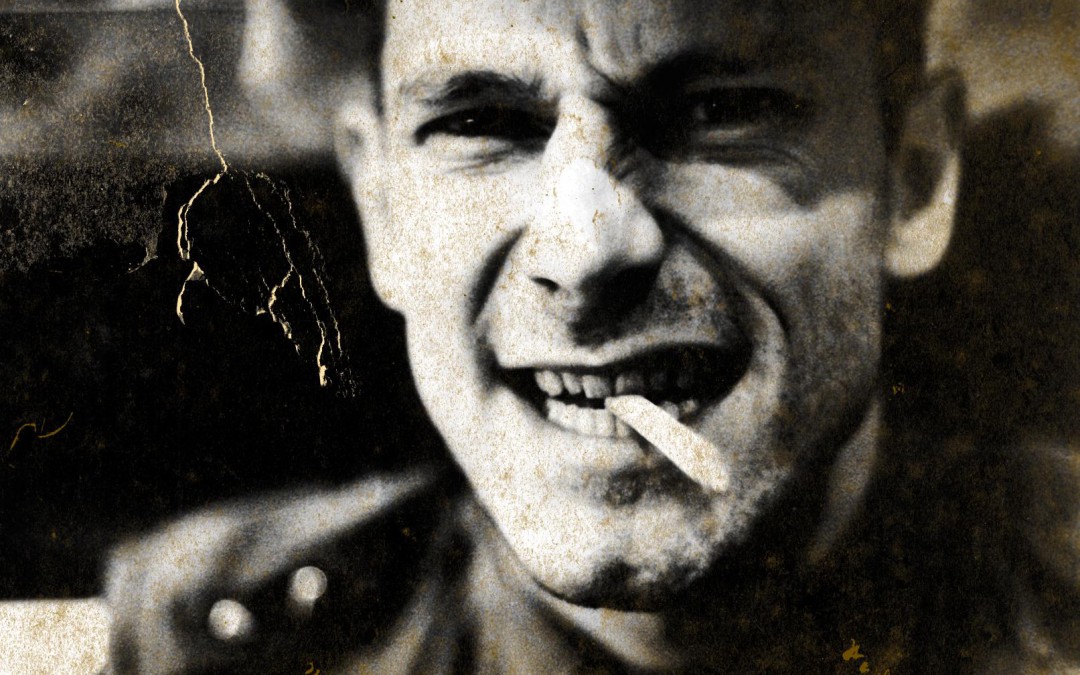 How would you describe the current state of country music?
I haven’t listened to country radio in four years, or watched CMT in that long. But I’m kind of familiar with some of the people I need to be preaching against. I just write a song for myself and nobody else, and that’s the way it is.

So I guess you don’t watch award shows like the Grammys, then.
Nah. Honestly, if I got an award, you know, I seriously would not want to go. Our fans don’t really give a fuck or watch that, or care less if we get an award.

You do a lot of name-checking of country royalty in your songs. What’s your relationship to these folks like?
Waylon [Jennings] used to call me back when I was in rehab, and when I say, “I remember seeing Waylon shooting his shotgun,” that’s no bullshit. I’ve been hunting with him. David Allan Coe has always been in our corner, as far back as I can remember. I’ve been around [Merle] Haggard enough that he knows who the hell I am, and I definitely know who the hell he is. The first guy I ever sang with as far as a bigger country artist onstage was George Jones.

So, when you throw a party, some of these guys show up?
I’ve never thrown a party. When I’m off the road I’m the most anti-social dude in the world. For me, a party is taking a hit of acid and fucking playing my guitar and listening to music. It ain’t like the old days. When my grandmother would throw a party, shit, Johnny Cash, Jerry Lee Lewis, Waylon and all them motherfuckers would just come, because they were all right down the street, and they knew there would be some fucking good liquor and drugs there.

On your new record you covered one of your grandfather’s songs, “I Could Never Be Ashamed of You.” Is that a first?
Well, that’s for the first time on our own record.

Have you ever covered any of your father’s songs?
I have live. In time, there might be some … in the next couple years I might have a few records that have a couple of his more downer, slow kind of songs on it. That’s starting to raise its head a little bit. For now, when I cover them, it’s always been during the live show.

So, “Are You Ready for Some Football?” is not on that list, I guess?
Nah. That’s kept him alive in the United States for the last ten years, but I myself have never been that much of a sports fan. I’ve always been into, not just NASCAR, but anything with any kind of horsepower or speed to it — that’s about the only kind of something I can watch. But you know, that was good for him, and he’s always liked football, and all that stuff, man.

Has your father ever covered one of your songs?
No, man. We’ll get lucky if he even just mentions our name. That’s just, you know … I’ve done what I’ve had to do, and he ain’t really been there too much in support of us.

Is it hard to play in cities that aren’t known as country music towns?
Well, not really, but … just because we’re from the South, and if I’m wearing a fucking Confederate flag wristband, the main thing that’ll happen is just more beers’ll get thrown at the stage. And sometimes that’s a good energy and sometimes it’s a bad energy. Any time they see a Confederate flag they think of racism, but that’s not the way that we’re looking at it.

On your new record, you take a pretty good shot at Kid Rock.
Yeah, well, that’s been going for a while, and he brought that upon himself, man.

So you’ve had a run-in with him?
Um … I’ve met him, back when he hit with that big song, and he came in, like, “You know, I’m the next Elvis.” I’m like, “Whatever, dude — the Beastie Boys have been around a lot longer than you have.” I first immediately saw that OK, this guy’s an asshole, and I can see why him and my dad get along pretty good. And then we came back through Detroit, and he kept trying to come on the bus — you know, him and Pam [Anderson], and all that shit — and I said, “Tell that motherfucker I got nothing to say to him,” and then he finally gets his way back in there and tells me how I need to be treating my father (Hank Williams, Jr., who Kid Rock has collaborated with), and I’m like, “All right, you just crossed the line motherfucker.” And I don’t know how many times I have to say it: “No, he’s not my fucking brother. He’s a goddamn Yankee from fuckin’ up in Detroit, and his dad runs Cadillac dealerships.” He’s got no blood relation to us at all.

I’ll make sure to spread the word.